Attending the final night were comrade Hoang Viet Phuong, Provincial Party Member, Vice Chairman of the Provincial People's Committee; comrades in the Organizing Committee, the Competition Jury; sponsors; leaders of departments, divisions, branches, agencies and units of the province; leaders of districts and cities with a large number of people and tourists from all over the world. 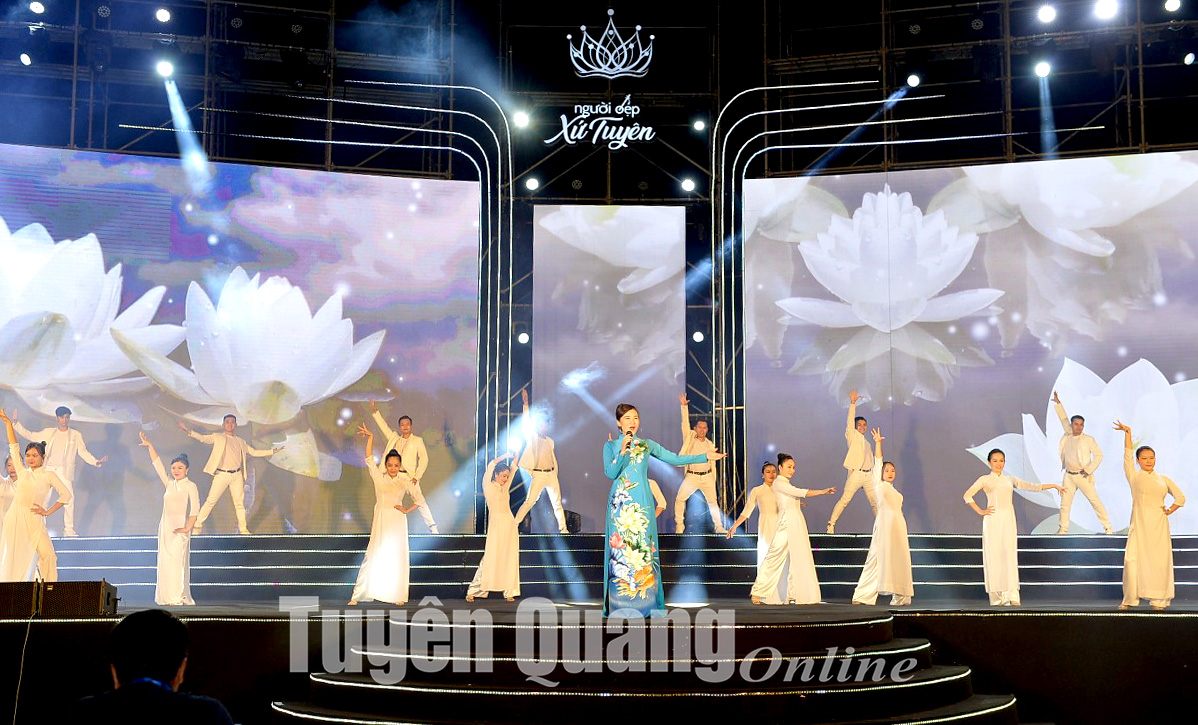 Cultural performance of the Provincial Ethnic Art Troupe at the Competition.

The cultural program opened and was interspersed with many interesting and unique performances by actors of the Provincial Ethnic Art Troupe. In the romantic space of Ben Thuy area, delegates, people, and visitors can watch short video clips on a large led screen summarizing the experiences of 35 contestants and an introduction about themselves. born.

With strong sound, shimmering light, 35 contestants stepped out onto the stage radiant in national costumes, ao dai and sports. Each contestant has a feature and a look, but they all exude the beauty and charisma of a girl from Tuyen. Working seriously, impartially and objectively, the Jury has carefully considered and agreed to select the 22 best candidates for the final round of Beauty of Tuyen 2022 in Tuyen Quang city. The final night takes place at 8 pm on September 10 at the stage of Tan Quang park lake, Tuyen Quang city. The program is broadcast live on VTV1, Provincial Radio and Television Station, and Tuyen Quang Online Newspaper, Tuyen Quang Online Newspaper Fanpage. 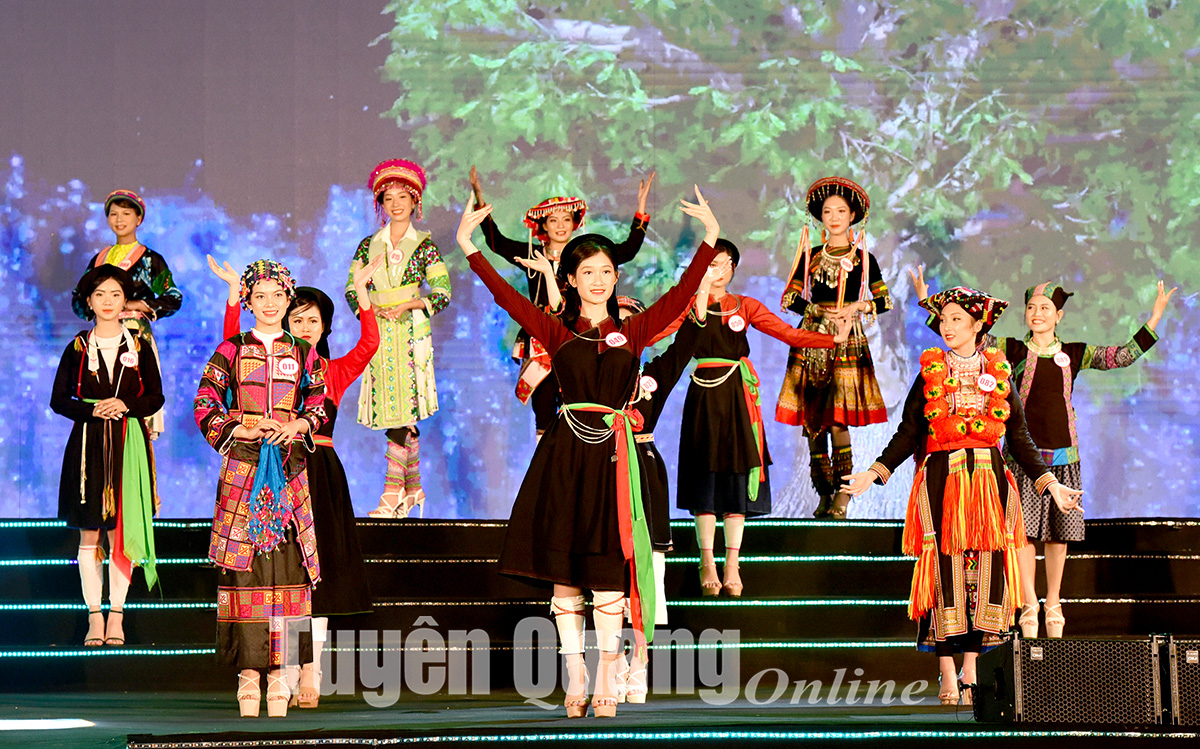 Contestants show off their national costumes. 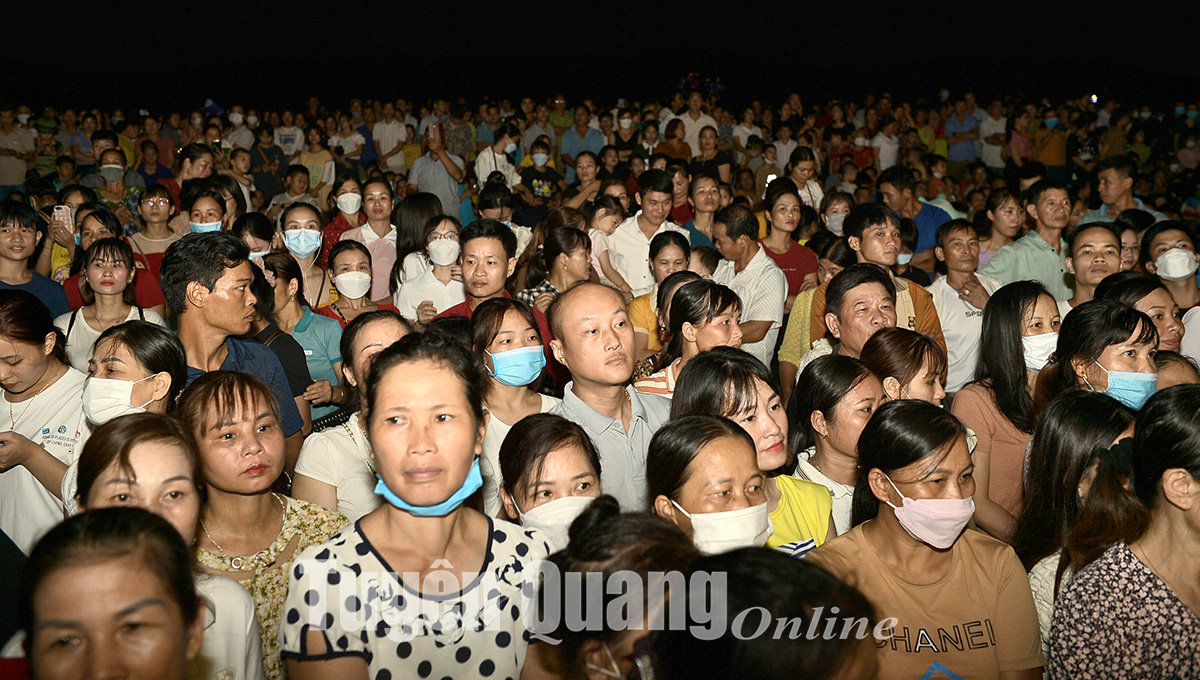 A large number of people and tourists came to watch the final round of the Contest. 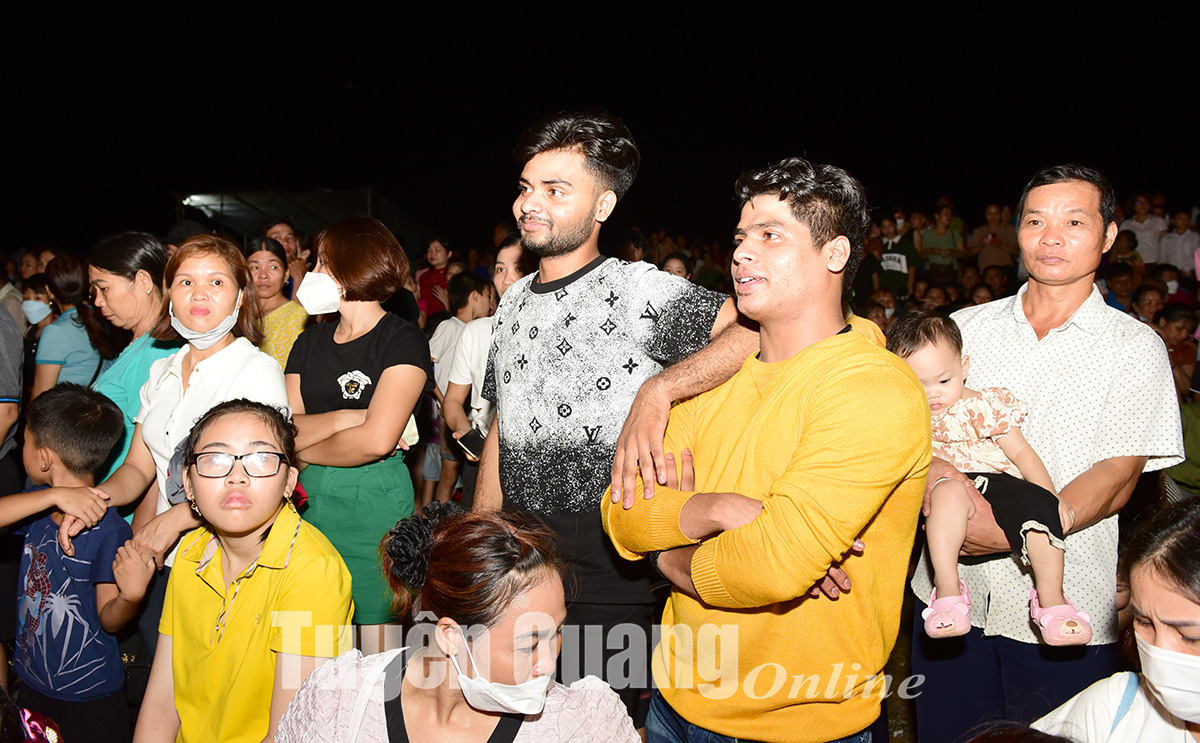 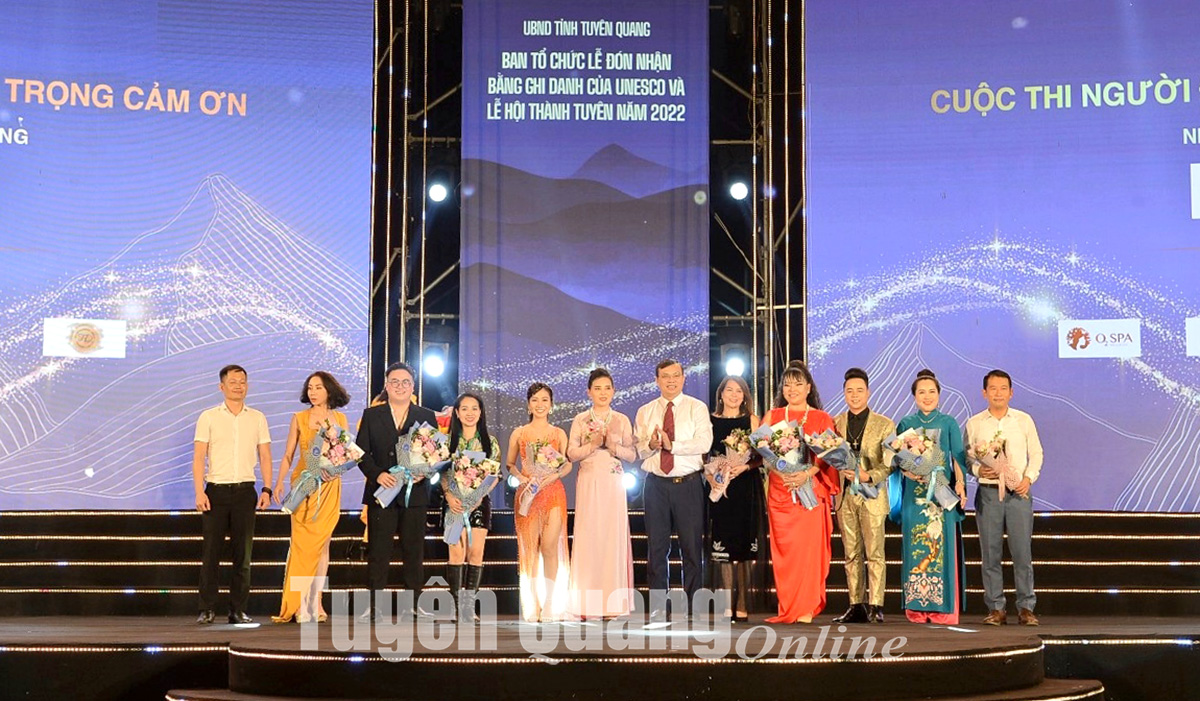 The Organizing Committee gave flowers to thank the sponsors for accompanying the Contest. 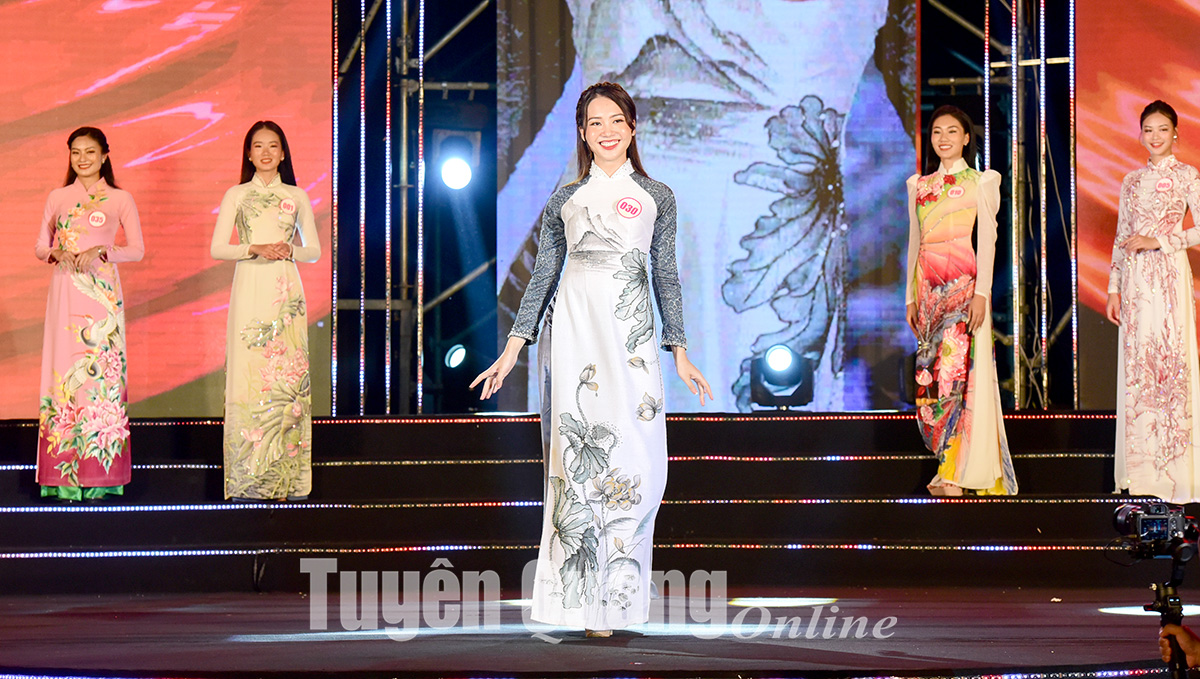 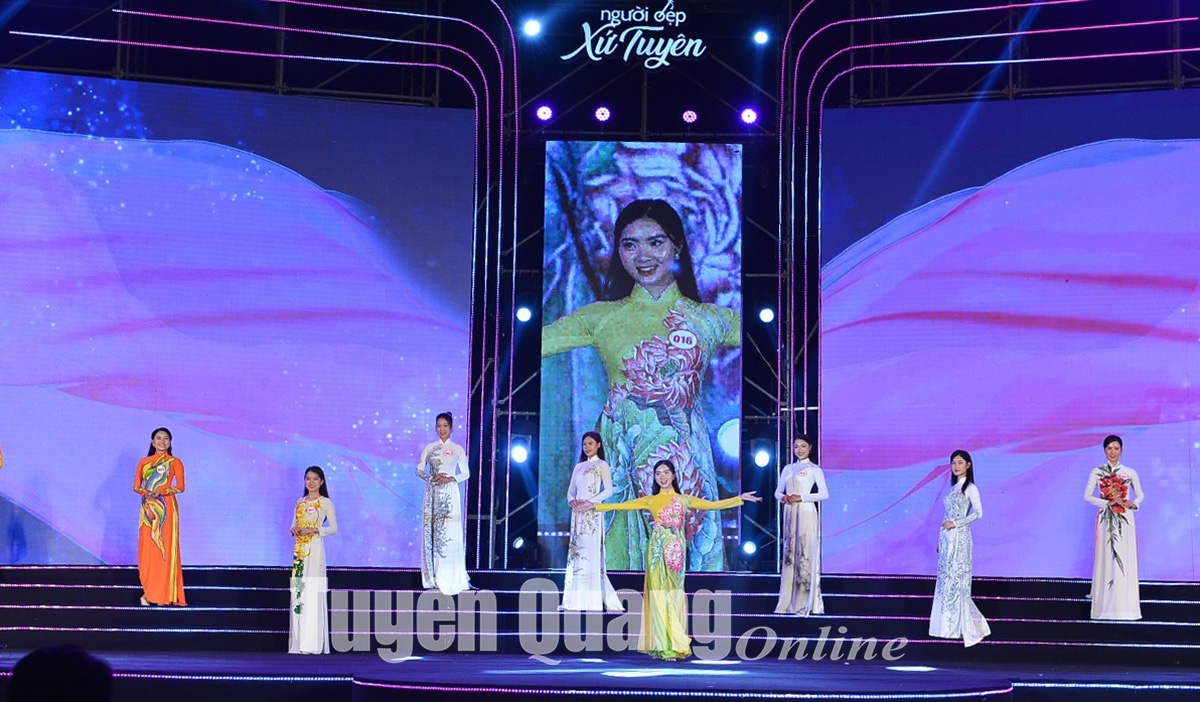 Contestants show off their costumes.

At the final night, representatives of sponsors and diamond sponsors National Jeweler Ho Thanh Huong  upped the crown  to the Competition Organizing Committee, pledging to accompany the contest. 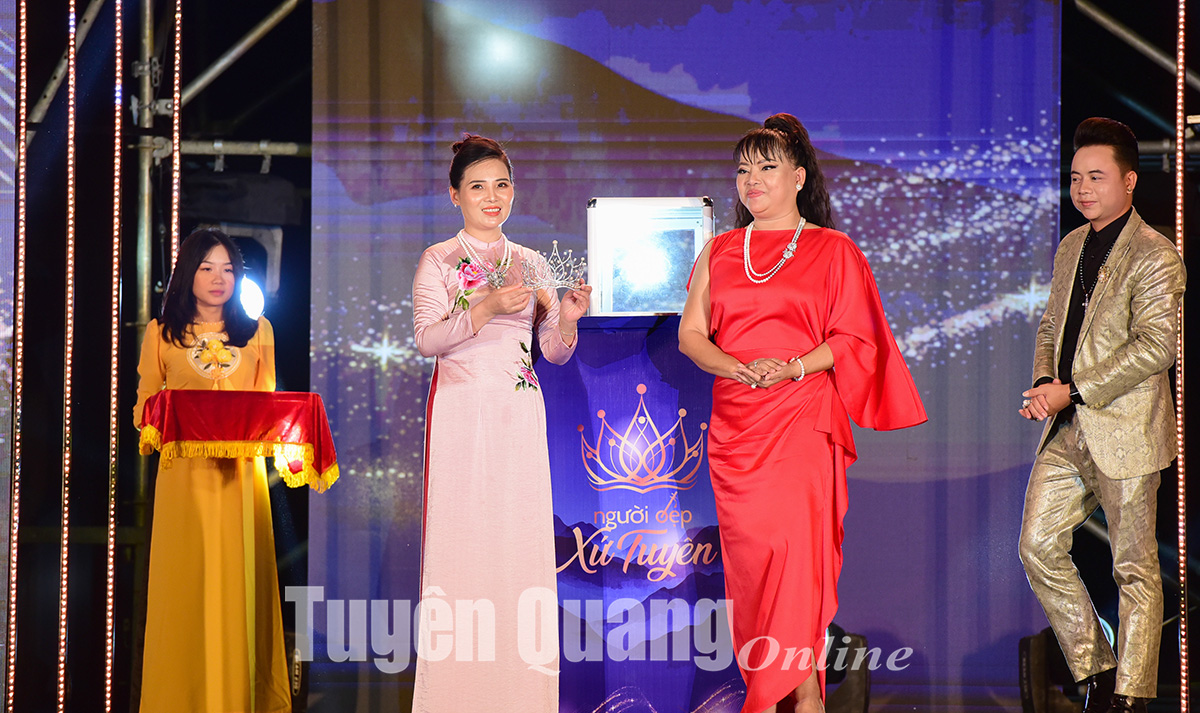 The sponsor awarded the crown of Beauty of Tuyen in 2022 to the Organizing Committee of the contest. Photo: Quoc Viet. Top 22 contestants entered the final round. The family celebrates with the contestants who are in the final round of the contest. Photo: Quoc Viet.

According to Tuyen Quang Online Newspaper