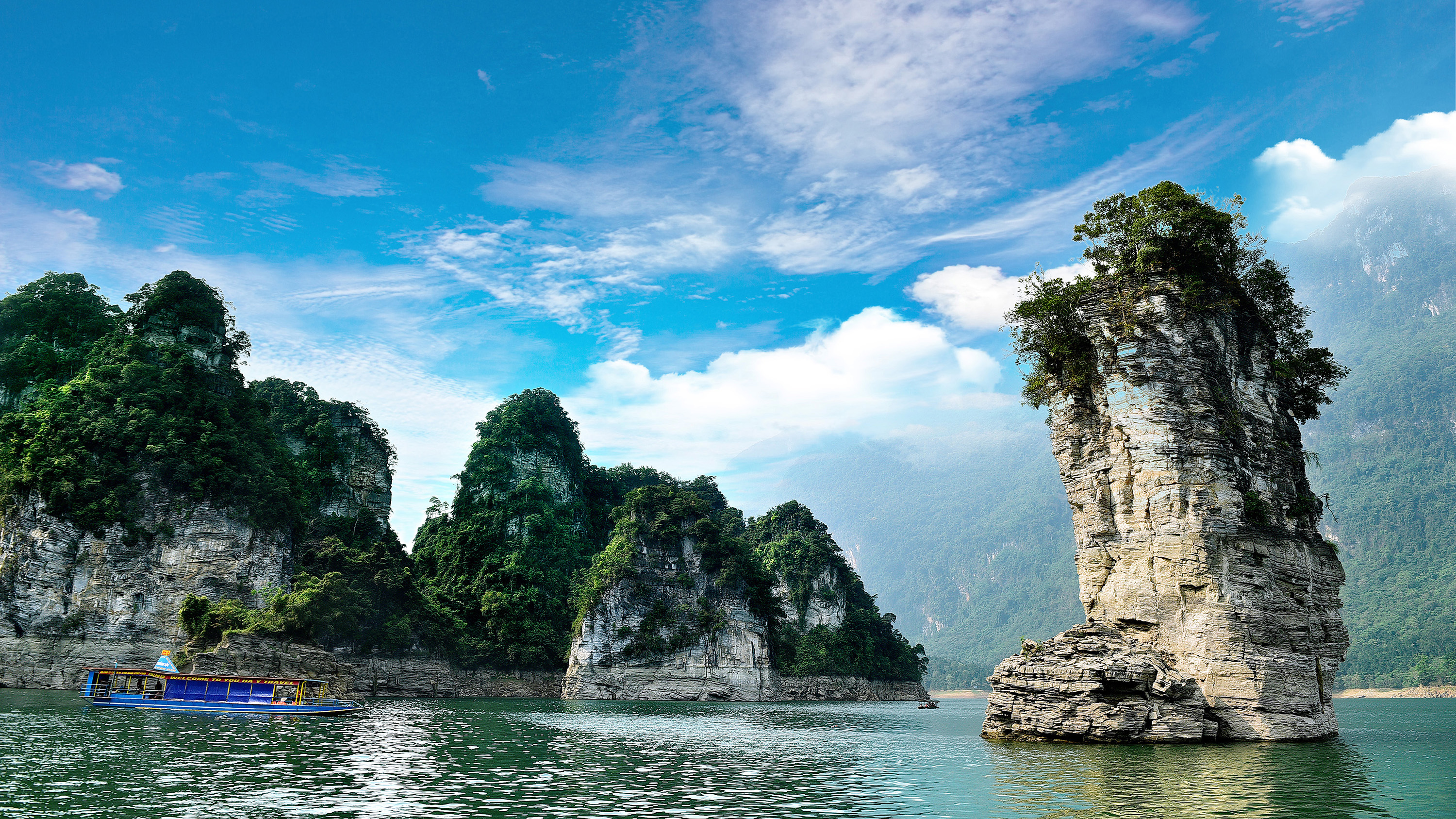 Tuyen Quang "bright land" as its name itself dates back to ancient times. With beautiful natural landscape, rich historical and cultural relics and rich national identity have established the strength of the province in the Viet Bac region. Today, this great potential is being promoted by Tuyen Quang and built into unique tourism products that are widely spread at home and abroad.

Once when I went to Japan on a business trip, I asked the tour guide how many ethnic groups there are in this country of the rising sun. She smiled and confirmed that there are only 3 ethnic groups. The Japanese are quite homogeneous in terms of ethnicity and culture between a border which is an island nation. In contrast to Japan, the northern mountainous province of Tuyen Quang of Vietnam is classified as one of the top provinces with many ethnic minorities with 22 ethnic groups. The population of ethnic groups in the province has elements of ethnic history, resident culture and geographical location. It is this interweaving and interference that Tuyen Quang is considered by researchers as a land of multiculturalism. According to the Provincial Committee for Ethnic Minority Affairs, up to 56% of the province's population are ethnic minorities. Thanks to the "diverse culture", Tuyen Quang has a great attraction in economic and social development, especially tourism.

Leaving the Lo River and Mount Dom of Tuyen Quang city to go to the districts, on the winding asphalt roads, everywhere visitors can see the familiar roofs of stilts with palm leaves, traditional yin and yang tiles of Vietnam. Tay, Dao, Cao Lan, and Nung ethnic groups. As for the ethnic minorities in Tuyen Quang, they have the custom of living in crowded villages in the valleys, foothills, and mountain slopes. Holding the Tinh lute in his hand, playing the new Then table, "My village does tourism", People's Artist Ha Thuan, Tan Hop village, Tan An commune (Chiem Hoa) said, in feudal times, Chiem Hoa district was also called Chau. Dai Man is a district with many ethnic minorities. He affirmed that the Tay people are the largest ethnic group in the province, the owners of this land, so the province's culture still embraces the Tay people's influence, which is the sound of the Tinh lute, the Then tune "ai la"... 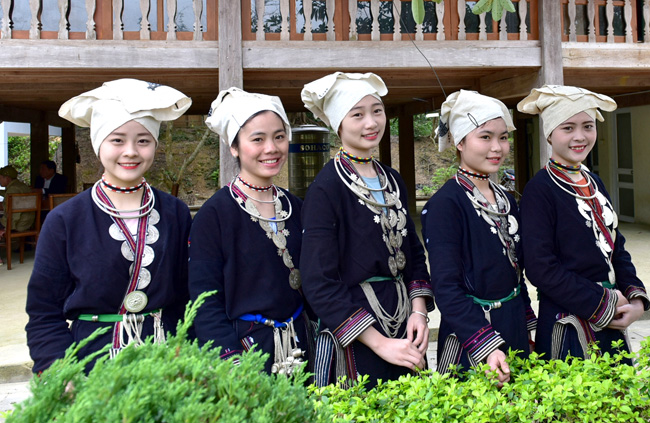 Besides the Tay and Dao ethnic groups, the province has the third and largest Cao Lan ethnic group in the country with more than 70,000 people. The Cao Lan people in Tuyen Quang have a typical musical instrument, a crockery drum, and a smooth and loving song. People's artist Sam Van Don, Cao Lan ethnic group, Man Hoa village, Dai Phu commune (Son Duong), who has a long history of playing this instrument, revealed that many people mistakenly think that drumming is only for singing. However, the crockery drum is also an important instrument for performing worshiping rituals to the gods, praying for rain, praying for the seasons, praying for good luck, and praying for coolness. In addition, crockery drums are also played as an accompaniment for dances of the Cao Lan ethnic group during the festival with typical performances such as: "Dance of woof", "Dance of shoveling shrimps", "Dance of three Nguyens", "Dance of declarations of declaration". revealed blade”… 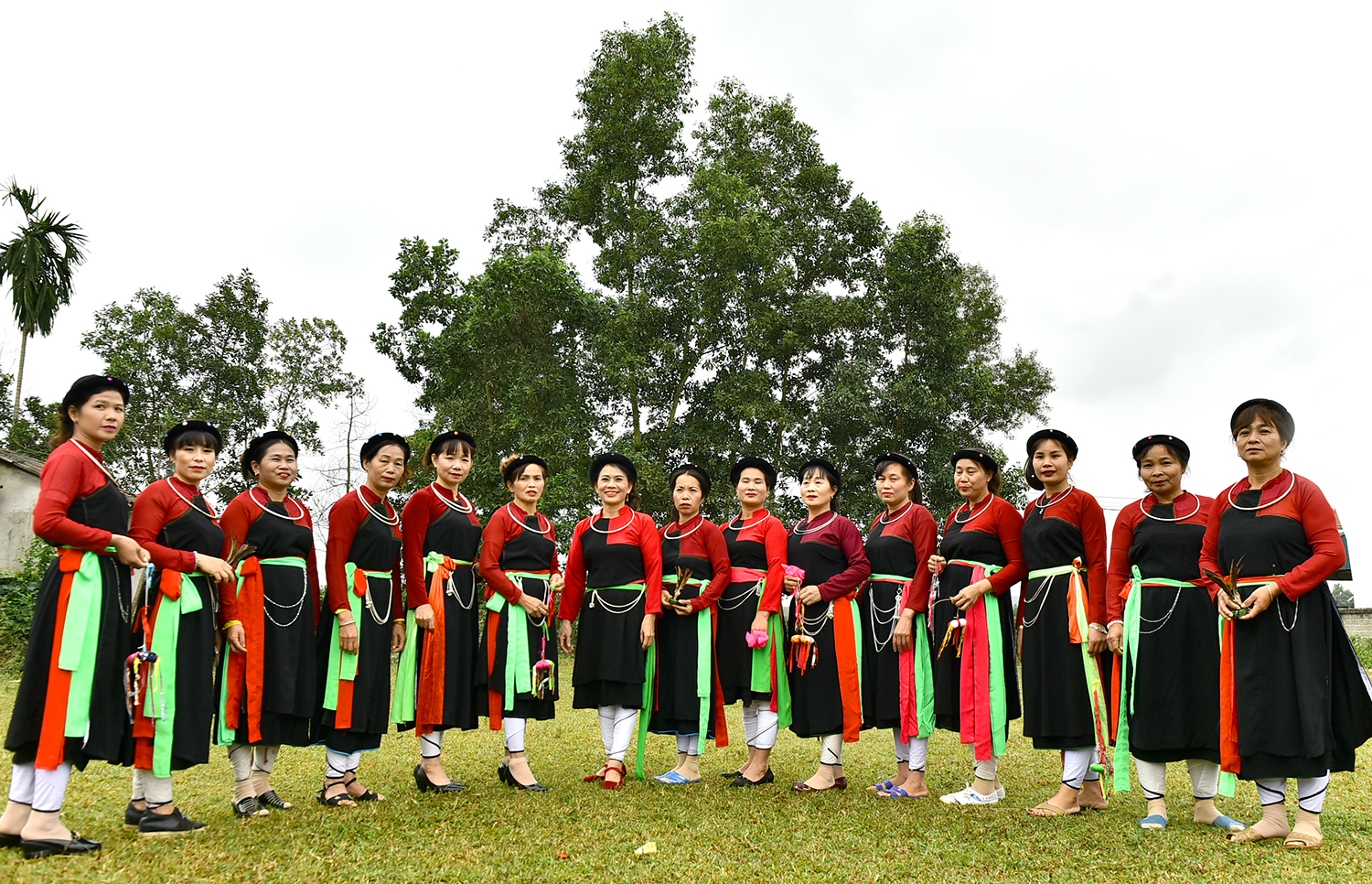 Together with the majestic Tam Dao mountain range with Vinh Phuc province, Tuyen Quang has a large number of San Diu people in Son Nam, Ninh Lai and Thien Ke communes (Son Duong). Other ethnic groups such as Tay, Dao, Cao Lan, and Mong are found in every district, but the San Diu people only live at the foot of the Tam Dao mountain range. It is because of these characteristics that the San Diu people have a high level of village community and family lineage. They rarely live separately or intermingled with other ethnic groups, but live in large concentrated communities. The San Diu people of Tuyen often build tiled houses in the way of 5 compartments with the foot of the front column, the culture of eating porridge and showing the legendary song co. 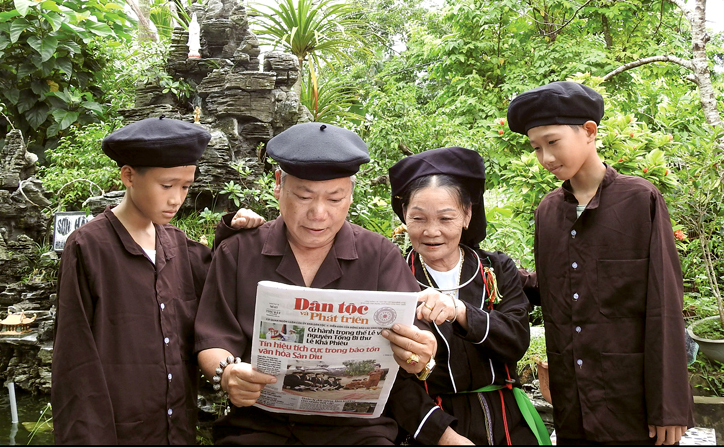 Among the three tripods for tourism development, Tuyen Quang has all three necessary and sufficient factors. The first is nature tourism, typically the Special National Scenic Area Na Hang - Lam Binh Nature Reserve, My Lam Hot Spring Resort with the best water source in Southeast Asia. Secondly, the province is likened to the "revolutionary museum" of the country with more than 500 historical and cultural relics, including two special national monuments Tan Trao, Kim Binh and more than 200 national monuments. . Tuyen Quang is known as the "heart" of the Viet Bac war zone, the "Capital of the Liberation Zone - the Capital of the Resistance", where President Ho Chi Minh and the Party Central Committee based their offices and successfully led the Revolutionary War. August 1945, continued the arduous and heroic resistance war against the French colonialists. As a result, in the province, there are many famous revolutionary historical sites such as Na Naa shack, Tan Trao communal house, Tan Trao banyan tree, Hong Thai communal house, Thanh La communal house, and Lung Co airport. Third, the province has a large number of ethnic minorities with a long history, rich, diverse and unique cultural identity. 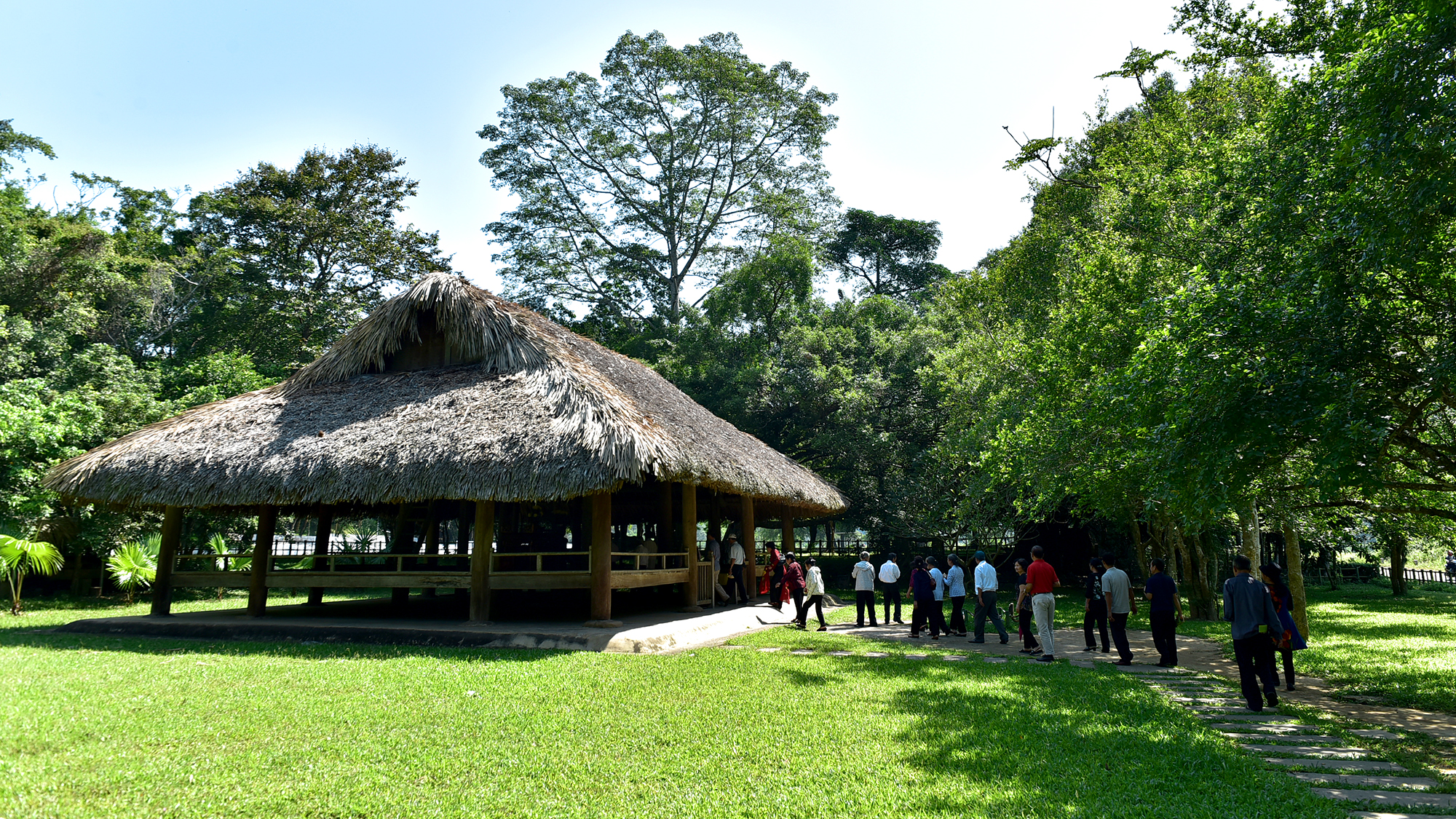 According to Associate Professor, Dr. Trinh Nang Chung, Institute of Archeology, Vietnam Academy of Social Sciences, the locality used to be one of the cradles of the ancient Vietnamese. It is proven through archaeological sites and artifacts found such as the remains of ancient Vietnamese people from 12,000 to 8,000 years ago at Phia Vai cave (Khuon Ha, Lam Binh), Phia Muon (Son). Phu, Na Hang) and the blades of axes, knives, arrows, spears, stone and bronze drums.

Artifacts on display at the Provincial Museum.

From those great potentials, right from the Resolution of the 16th Provincial Party Congress, for the 2015-2020 term, it was determined that "Promoting the natural landscape, the value of historical relics, the cultural identity of traditional culture, festivals" to develop tourism into three breakthrough areas of the province. Resolution of the 17th Provincial Party Congress, term 2021-2026, continues to emphasize "Promoting potentials, promoting tourism development to become an important economic sector of the province". Based on those big guidelines and views, each locality that wants to develop tourism needs to find for itself a unique and outstanding product to create its own brand. 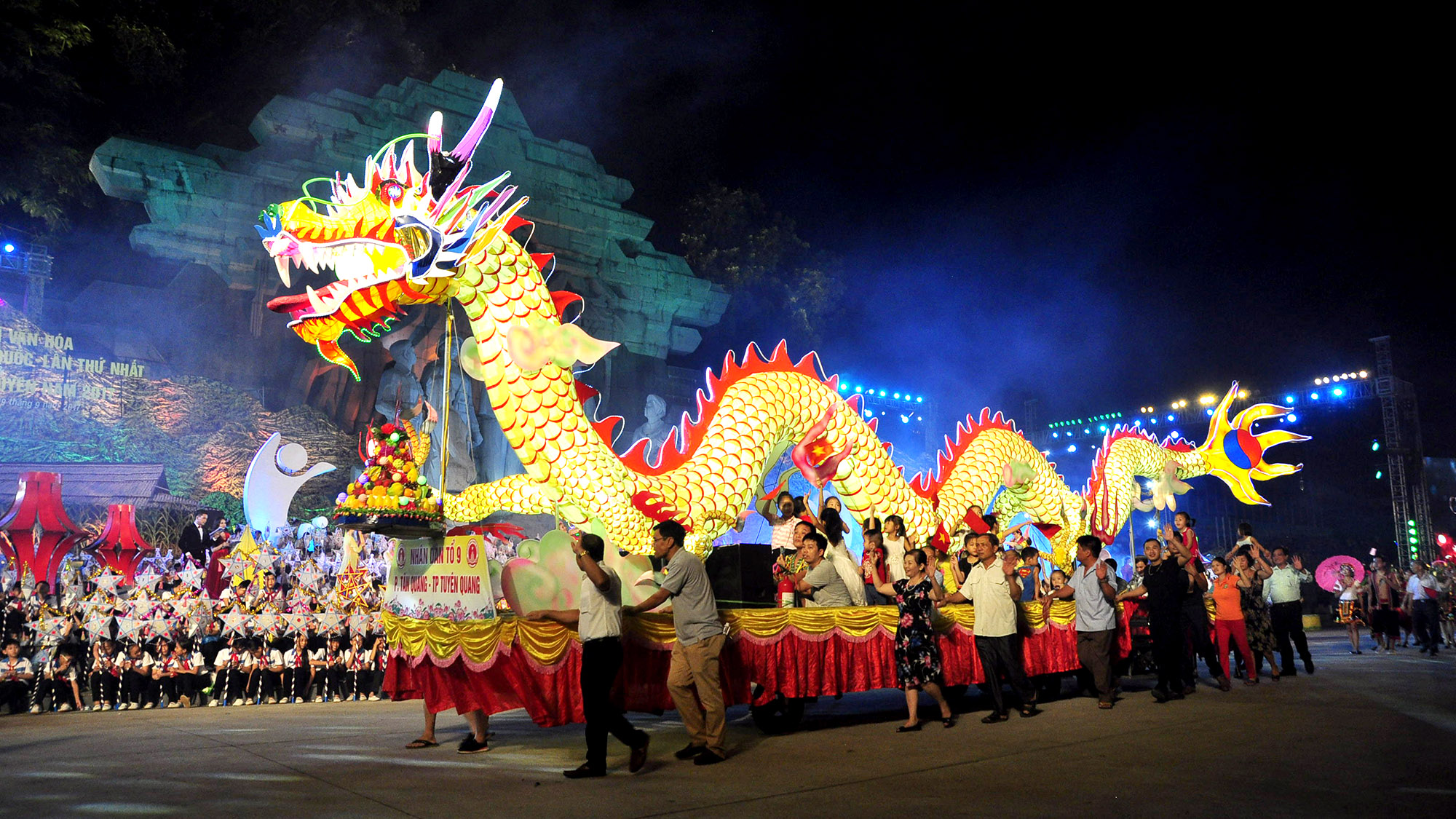 Tuyen Quang tourism is being compared to "beautiful girl sleeping in the forest" or "hidden beauty". To arouse that great potential, Tuyen Quang sends even the tourism message of the province "Tuyen Quang - where beauty converges". Ms. Dang Van Anh, Director of Thanh Tuyen Trading, Service and Tourism Company Limited, said that Tuyen's tourism is like "an airplane taking off and flying in the right direction". If developing tourism without paying attention to the natural landscape, ecological environment, preserving and promoting traditional cultural values ​​and national identity, it is difficult to be sustainable. Time to bring guests to visit Tan Trao, everyone is emotional, the image of a simple, simple stilt roof peeking under the primeval forest, many memories of the old war zone like rushing back. Tuyen Quang has really done a good job of conservation, now it's time to promote those values ​​and bring a better life to the people. 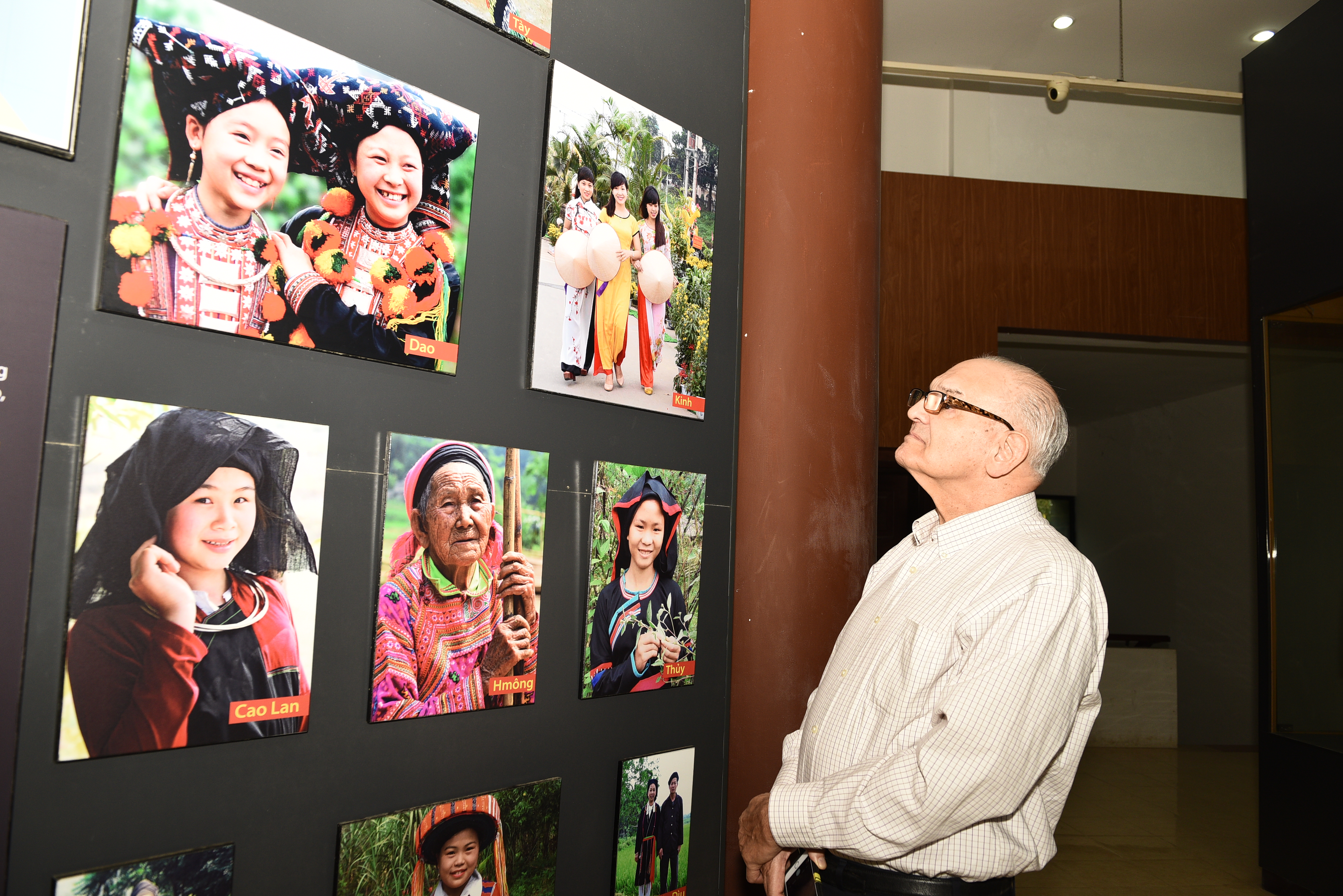 Foreign tourists are impressed by the cultural identity of Tuyen Quang ethnic group.