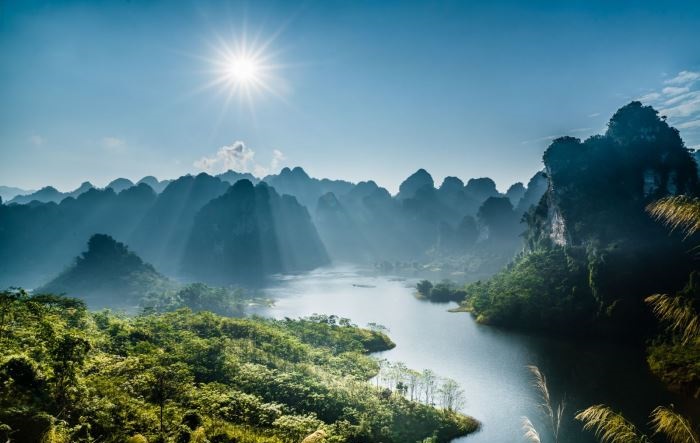 Lake Na Hang is also likened to a "Ha Long in the middle of thousands". There are 99 mountains clustered together in Thuong Lam commune area. Each mountain has a different shape, all printed on the blue sky, mixed with the deep blue water, making passengers wonder at the magic of creation.

That year, the lower world was enjoying a peaceful life, suddenly one day the king felt that the land he ruled was too narrow and wanted to build a new capital, so he set up an altar. The angel appeared and said:

- The capital must be a dangerous place, surrounded by a natural fortress

The king asked again: "The people of the world do not understand what a natural fortress is, please guide the angel."

The angel said: "You must choose a place where there are 100 mountains to build a capital, so that you can keep the land.

But that secret reached the ears of the department of Thuong Lam. Seeing that the area where he was managing the forests and mountains was overlapping, he thought that maybe this area would respond to the other secret. So he also went around counting mountains, counting over and over again, only 99 mountains. The superiors and the courtiers returned sadly. Suddenly, one henchman suddenly had an idea and said to the mandarin: "Please, let's build one more mountain and it will be enough for a hundred, so it will become the capital and you will become the Great God". The mandarin obeyed the flatters and arrested all the people in the village, regardless of young or old, girls and boys, working day and night to build mountains. Then came the day of choosing the capital. The angel brought a flock of phoenixes and flew all over the sky, making the villagers see it strangely. About half an hour later, 99 phoenixes had a place to sit, only 1 left to swoop down and then fly up again around a mountain. On the third time, it suddenly flew up into the air. Suddenly, the whole flock of Phoenixes flapped their wings and flew along. Knowing that something bad happened, the Angel called the Earth God to come and ask. Originally honest, the Earth God declared everything, and the Angel got angry and sprayed a heavy rain to wash away the fake mountain. And the mountain range that overlaps before our eyes is still full of 99 mountains." - Quote from Na Hang Ancient Tale.

The name Na Hang is derived from the two words Na Hang, which in the Tay language means "last field." Previously, from Tuyen Quang city to Na Hang, it took a few days by a unique road of more than 100km. But now, the road to Na Hang has been upgraded and expanded, so visitors only take more than two hours by bus to be at Na Hang. 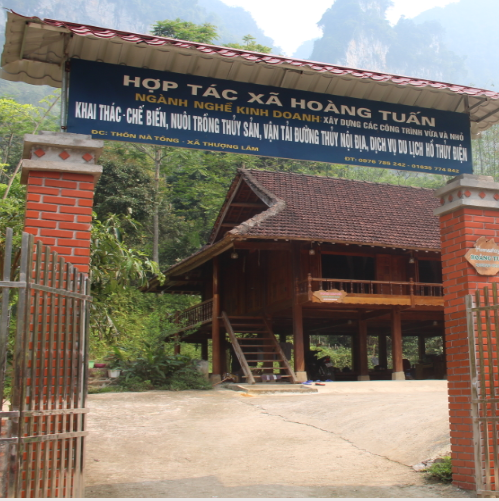 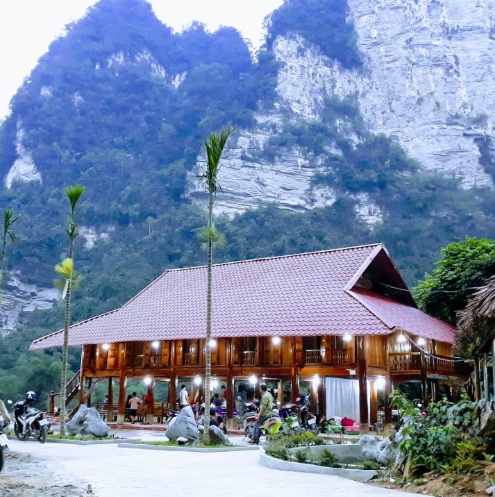 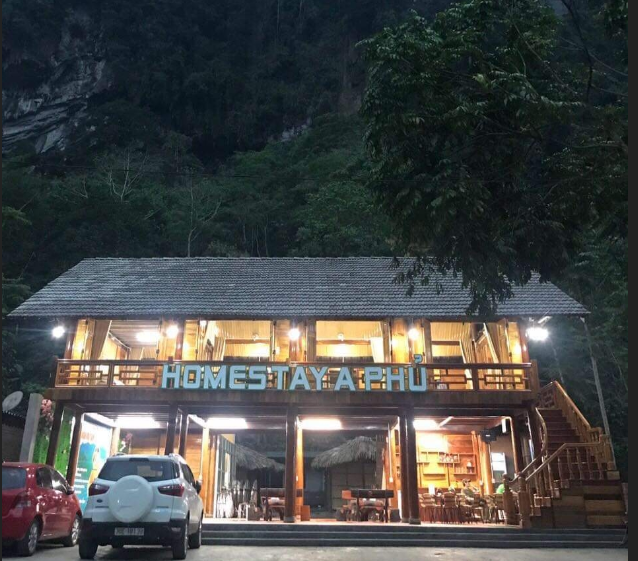 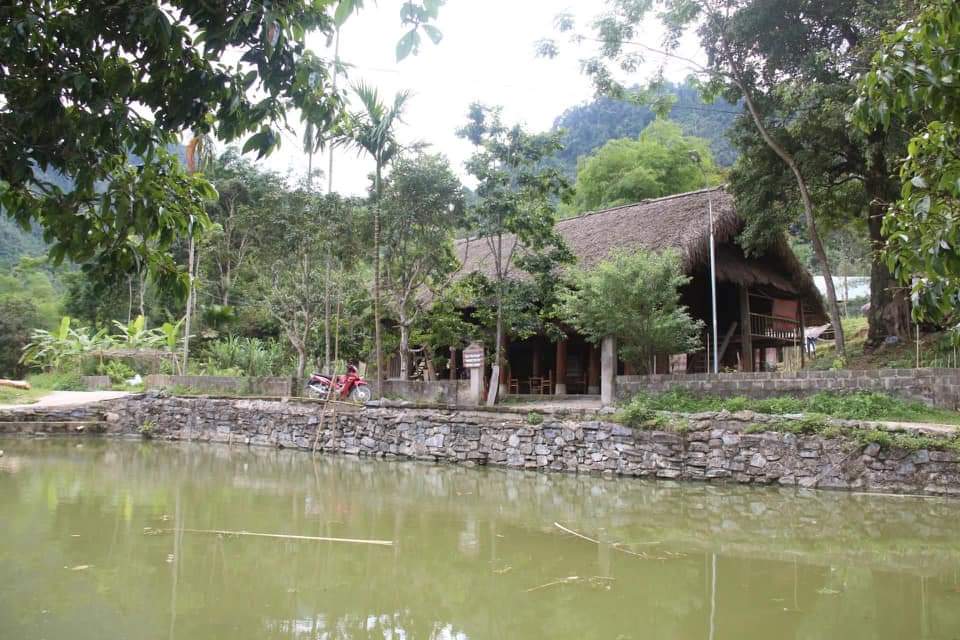 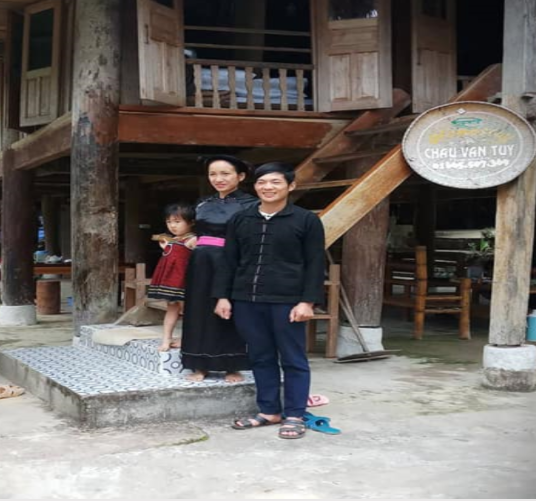 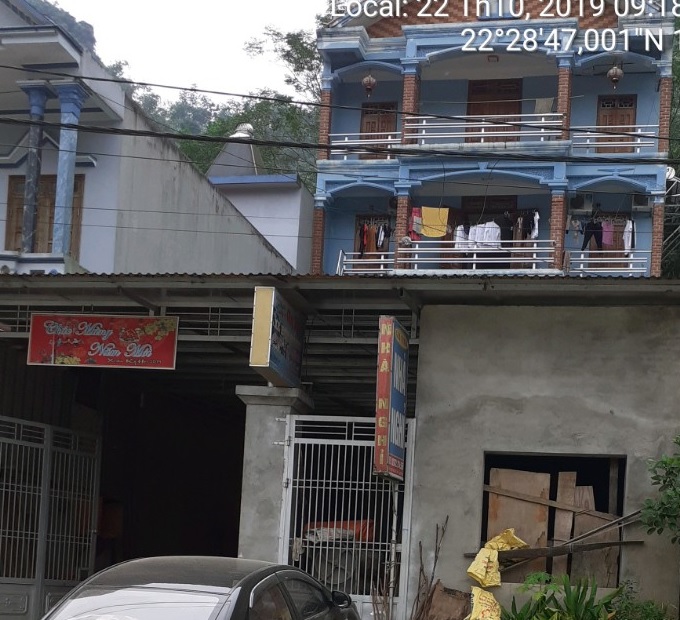 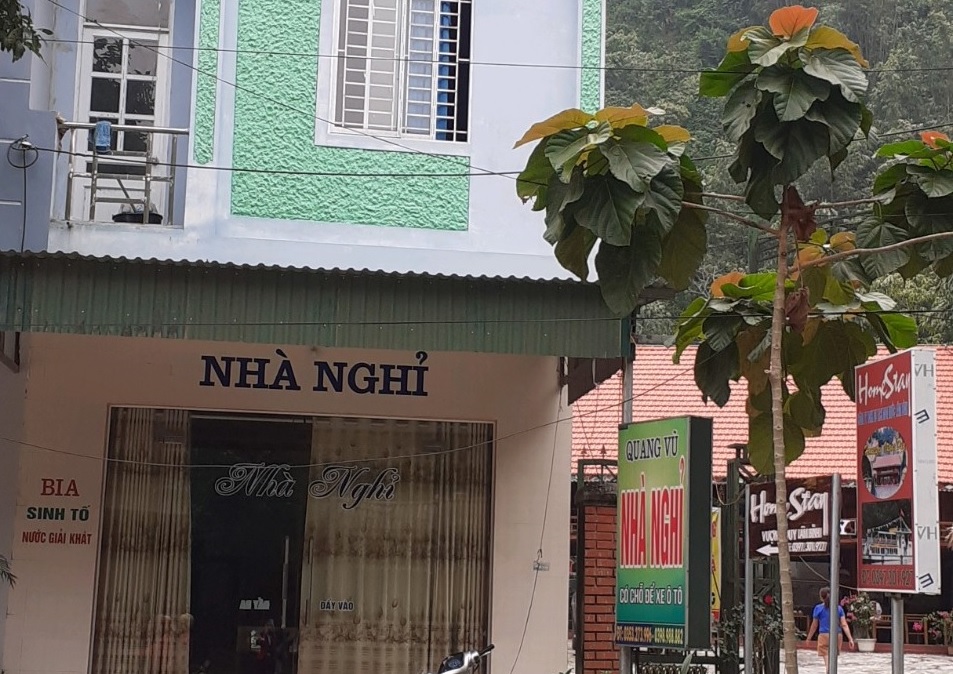 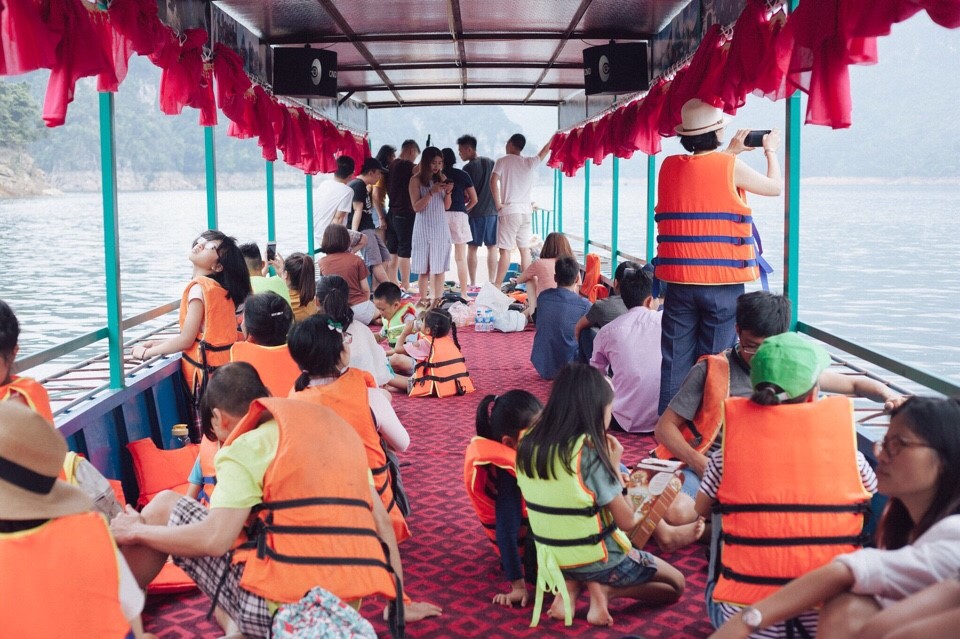 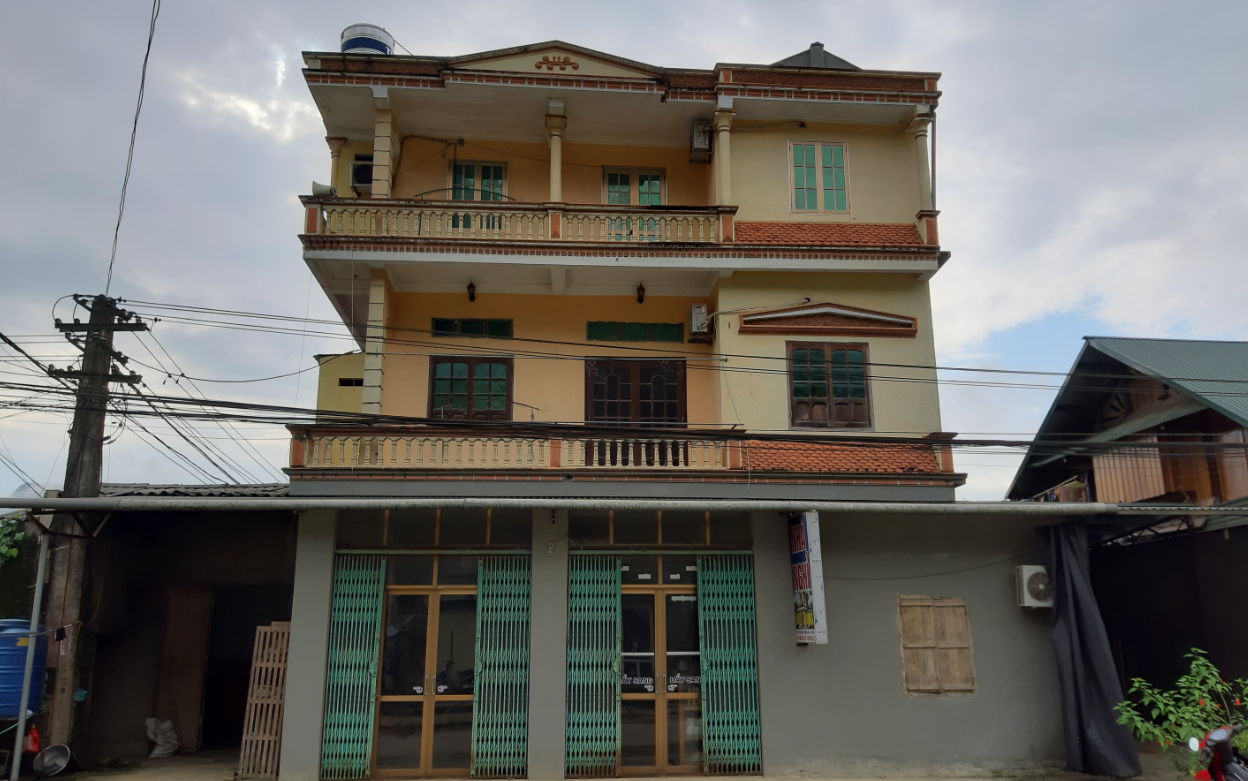 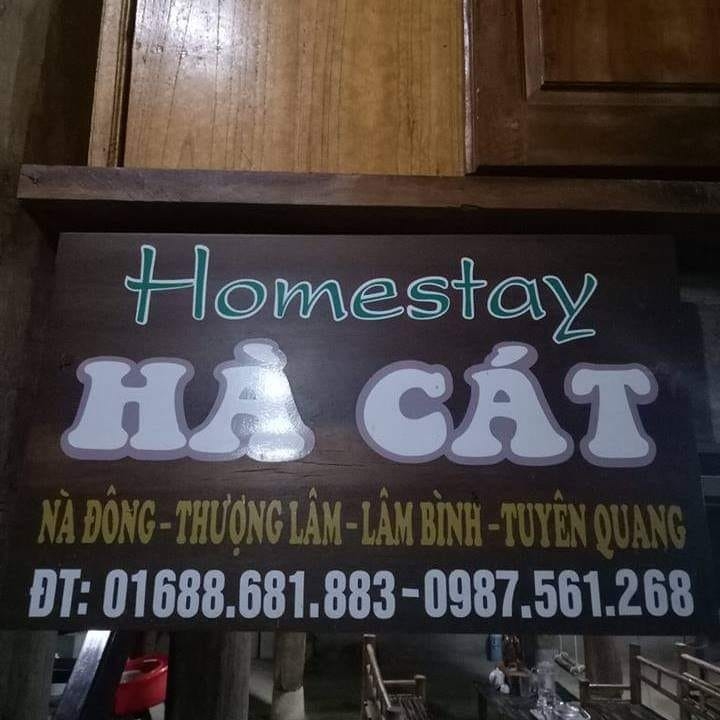 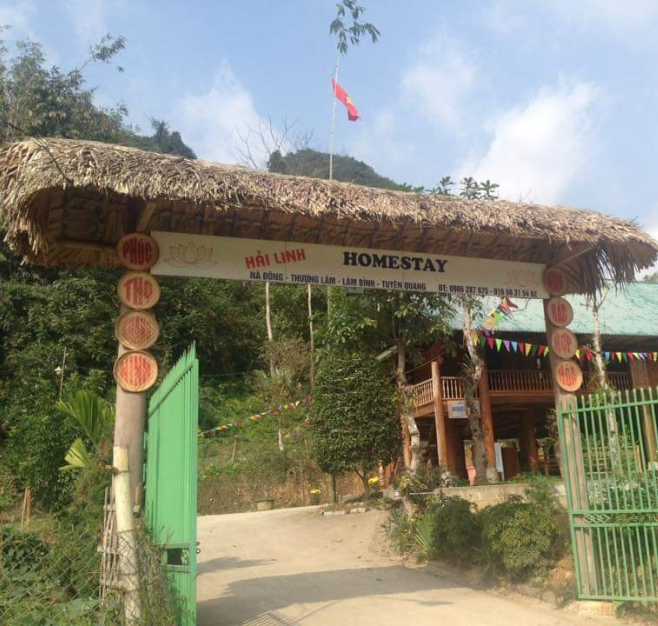 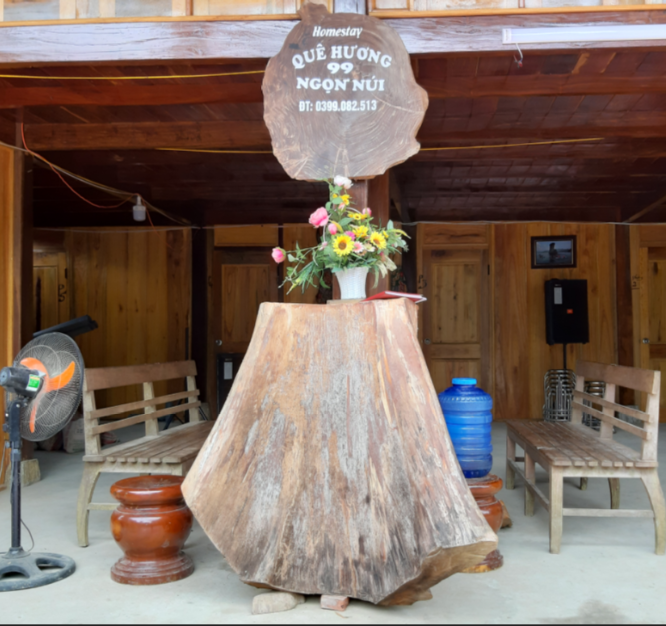 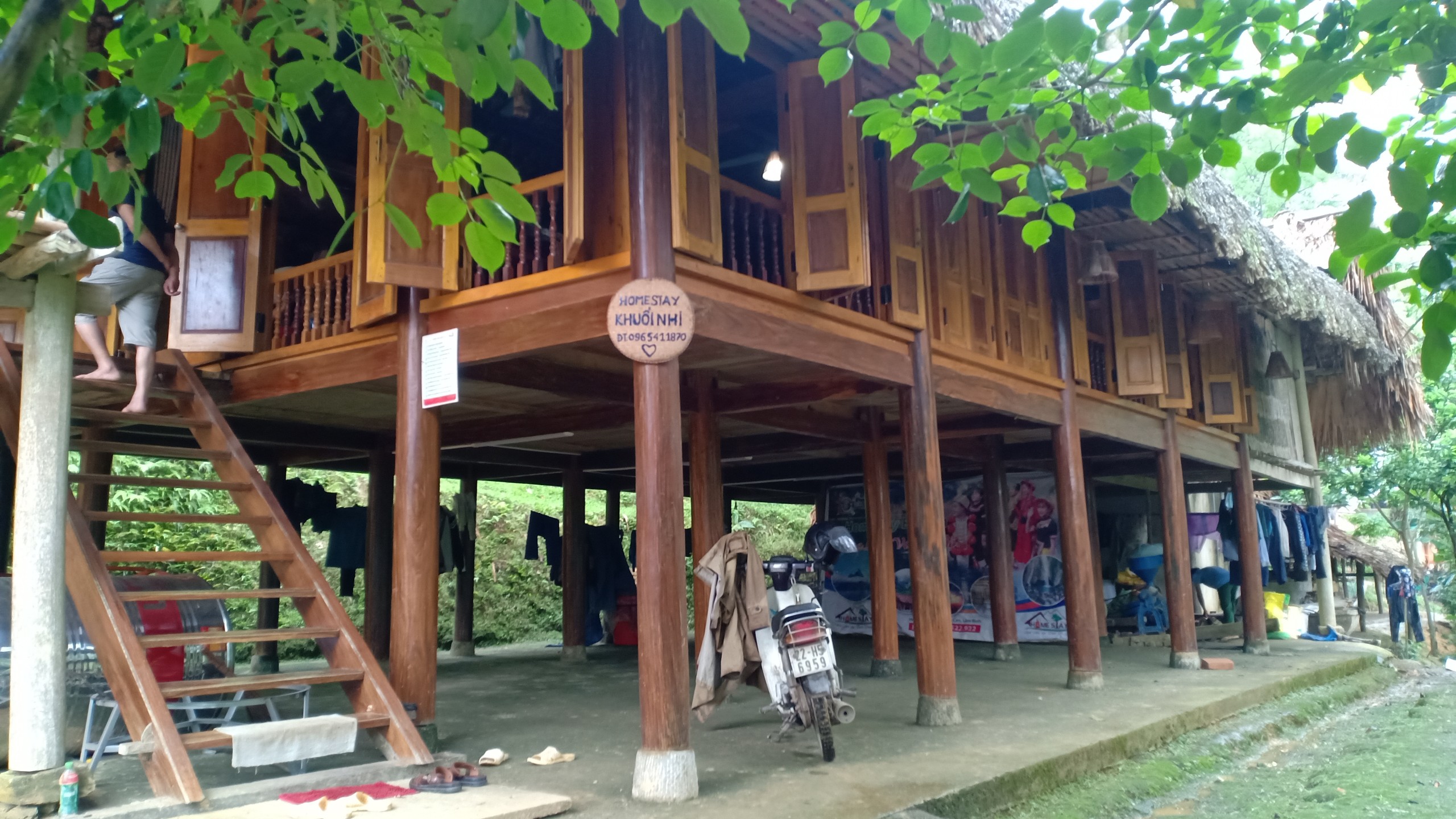 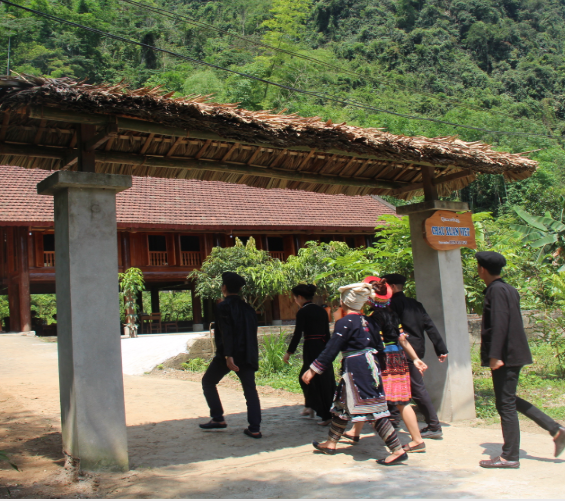 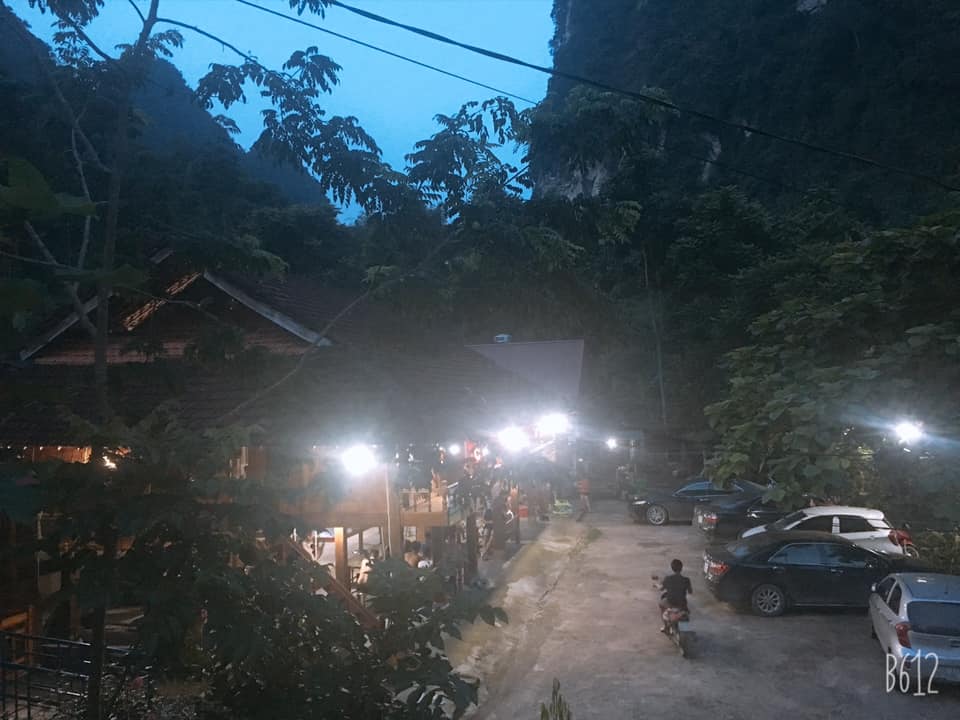 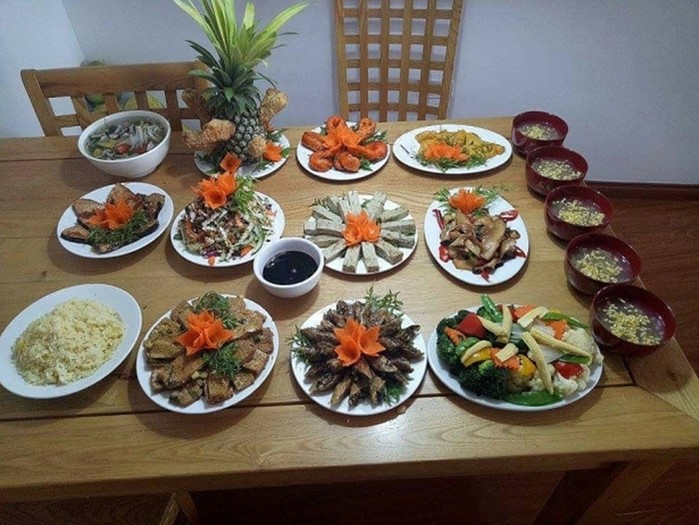 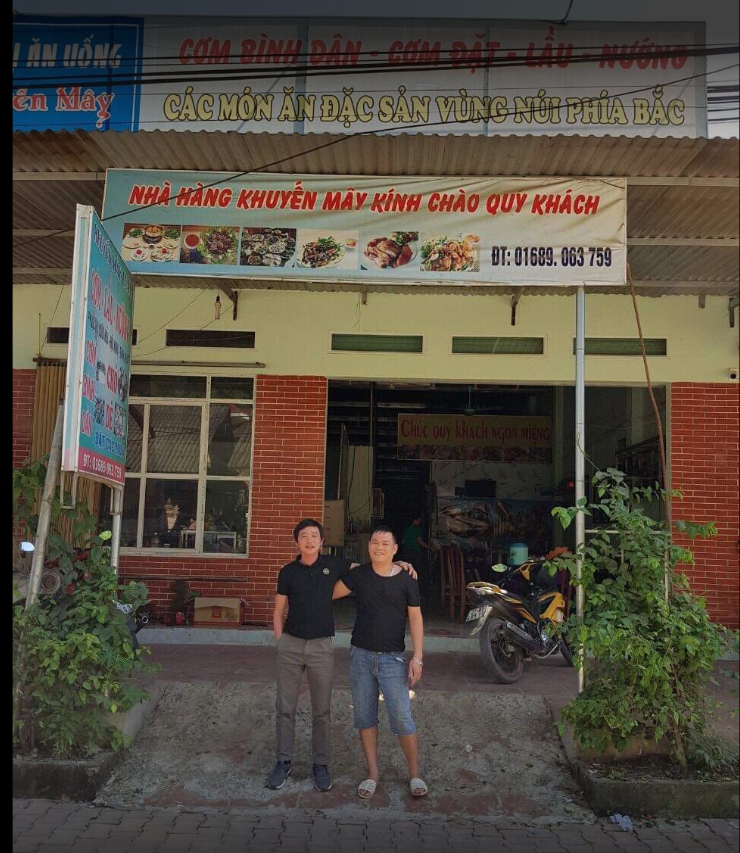 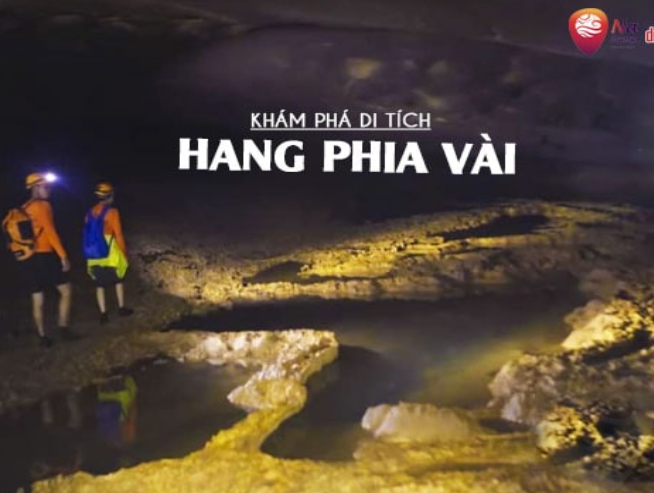 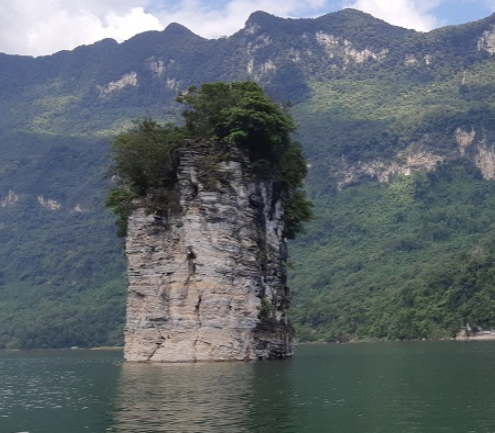 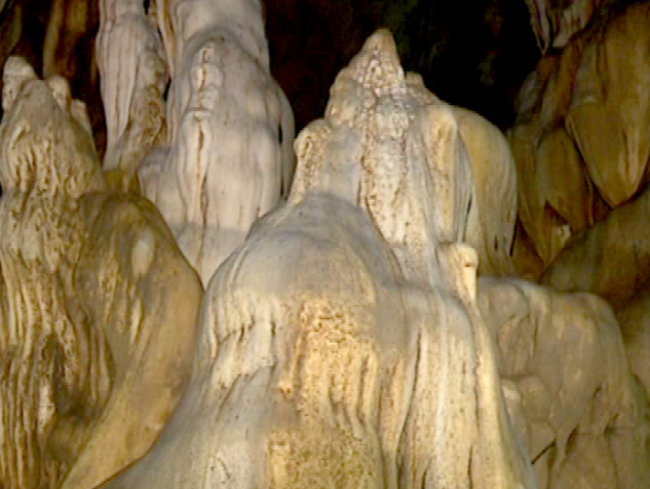 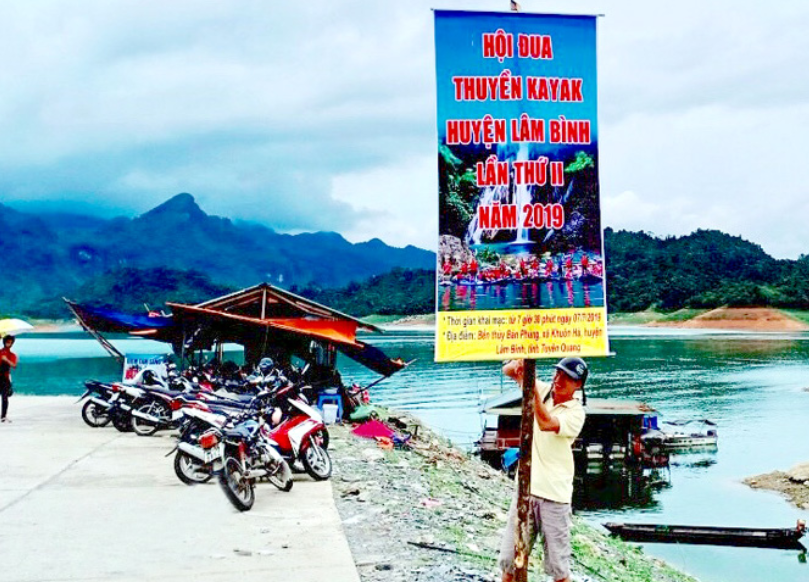 Kayaking point on the bed of hydroelectric lake from Lam Binh Wharf
5.52km 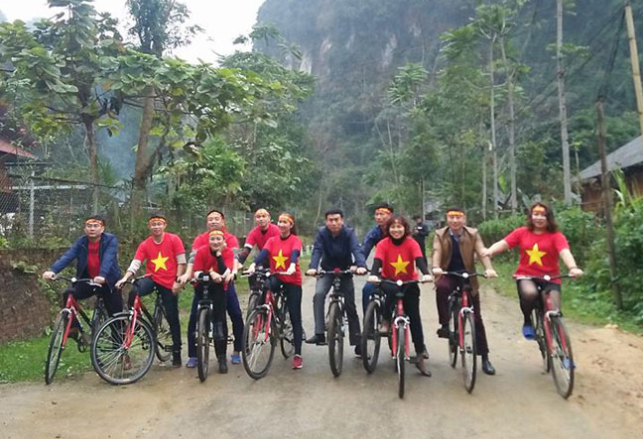 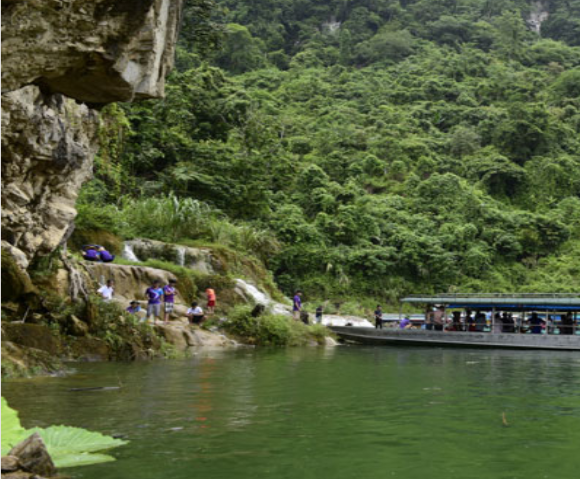 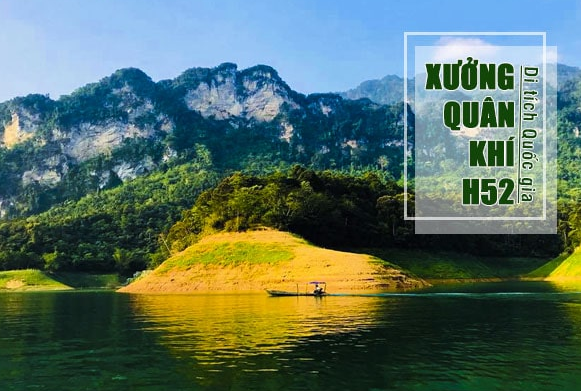 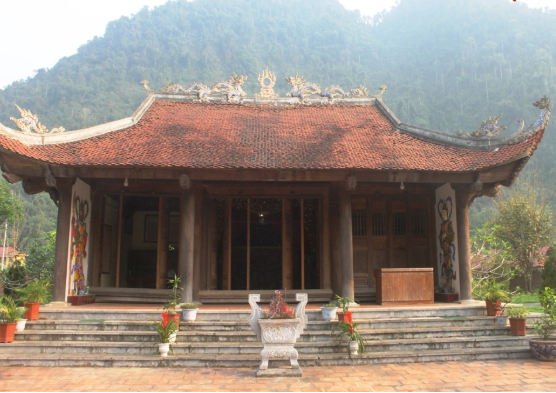